Nazis are natural-born movie villains. The actual horrors of the Third Reich before and during World War II have been exhaustively documented and depicted in film after film.

But the Nazis were also deeply involved in sinister medical experiments upon the unwilling. Several of their top-ranking members also had a deep interest in occult symbolism. It is here—amid the crazed scientists and the demonic runes—that the genre of “Nazi Horror” was born. Beyond the mere presence of Nazis, there must be some element of hideous medical experimentation and ancient superstition for these movies to also qualify as legitimate horror films.

Much of Nazi Horror revolves around similar themes—mad scientists working on remote islands to create a race of super-humans or super-zombies, and/or occult magicians seeking to unleash demonic forces that can finally bring the Nazis to power again. Here is a sampling of quintessential Nazi horror films.

This “island of scientifically engineered zombies” film was completed before the Pearl Harbor bombing and America’s entrance into World War II. Although there are no overt references to Nazis, the plot involves an evil Viennese doctor named Miklos Sangre (Henry Victor) who is clearly Germanic, speaks in German with his associates, and is described only as “a secret agent for a European government.” A trio of Americans—two pilots and their black assistant (veteran bug-eyed comical character actor Mantan Moreland) crash-land on a tiny uncharted island somewhere in the Caribbean and are greeted by Dr. Sangre, who treats one of their head wounds and warns them that evil spirits lurk the island. The stranded Americans soon realize that Dr. Sangre is working with the Germans and is attempting to transfer the contents of a dead American admiral’s mind and personality into one of his zombies. But eventually, the zombies turn on the evil Dr. Sangre.

A perennial chart-topper on “Worst Movies Ever Made” lists, this oddity is actually two movies—1963’s The Madmen of Mandoras—an hourlong example of the “evil Nazi scientists on an island planning to take over the world” genre—combined with 20-30 minutes of completely incongruous new footage featuring two government agents named Vic and Toni whose hairstyles and clothing fashion clearly mark them as separate from everyone else in the movie. The extra footage was made to pad out the shorter film into TV-movie length. An already muddled plot about Hitler’s brain being preserved on a tiny tropical island is made completely incomprehensible by the new additions, but with a title such as They Saved Hitler’s Brain, we’re not talking about an Oscar winner, anyway.

Heavy Metal magazine is a popular periodical founded in 1977 featuring illustrated fantasy sequences, and this film brings eight of those stories to the screen and ties them all together through a small green light known as the “Loc-Nar,” which is described as “the sum of all evils.” The only segment that features World War II is called “B-17,” an animated sequence in which the Loc-Nar catches up with an Allied bomber plane, rams into it, and awakens all the dead crew members as murderous zombies. The pilot finally parachutes to safety on an island—or so he thinks, as it only takes him a few minutes to realize the island is filled with crashed planes and hungry zombies.

This British horror film written and directed by Michael Mann takes place at an abandoned citadel known only as “The Keep” that overlooks the Dinu Mountain Pass in Romania’s Carpathian Mountains. In 1941, after two German soldiers who were stationed at The Keep unleash demonic forces after attempting to steal a metallic icon from the citadel, a local village priest suggests that an ailing Jewish historian be summoned from a concentration camp to decipher the old mysterious message written on the icon. The only mystery is whether the historian will figure out the message in time to save everyone from being killed.

Nicole Kidman stars as Grace Stewart, a British woman who lost her husband to the Germans in World War II and who moves with her two children to a remote country house in the Channel Islands. Her two children suffer from a form of photosensitivity that is so extreme, any exposure to light causes them harm. After Grace hires three new house servants, strange things begin happening, and Grace begins to suspect that there are “others” living in the house in spirit form. Nicole Kidman says that she quit during rehearsals because of the extreme emotional toll the part was taking on her: “At one point I didn’t want to make the film because I couldn’t even go there emotionally.”

In August 1943, as British and American ships and submarines fought with German ships and U-boats during the “Battle for the Atlantic,” a sub called the USS Tiger Shark receives commands to pick up three survivors from a British ship that had sunk two days earlier. One of the survivors is a British nurse named Claire Paige (Olivia Williams), and the mere presence of a female on a war-torn submarine is enough to ratchet up the personal drama onboard. But crew members begin to suspect that another person they rescued is actually a German spy who is forwarding signals to his commanders to have the Tiger Shark located and destroyed. As one thing goes wrong after another, one of the few remaining survivors—“Weird” Wally, who is played by Zach Galifianakis in a rare dramatic role—concludes that the sub has been cursed with a “malediction” which must be overcome if anyone hopes to ever see the light of day again.

Ron Perlman stars in the title role as a demon who was created on a Scottish island by an alliance of Nazi scientists and legendarily evil Russian mystic Rasputin to unleash the full forces of darkness and deliver victory to the Germans in World War II. However, their plot didn’t pan out as expected, and Hellboy went into hiding for about 60 years under the watchful eyes of the US Central Intelligence Agency. In the modern era, Hellboy is paired with other members of an exotic special-forces team to fight the forces of evil that created him in the first place. The film was released in Malaysia as Super Sapiens to avert that conservative Muslim country’s ban on any mention of hell or demons.

Filmed in the classic sleazy, B-movie grindhouse style, Horrors of War follows a group of American soldiers who belong to the Office of Strategic Services (later known as the CIA) who penetrate German lines to uncover the source of the terrifying “secret weapons” that the Nazis have been using to gain an upper hand in the war. Horror Society compared the film to a cross of X-Files and Band of Brothers and quotes co-director and co-writer John Whitney: “It’s not every day you get to make a period World War II movie with zombies and werewolves and have this much fun.”

This prequel to The Silence of the Lambs traces the formative childhood experiences of Hannibal Lecter that turned him into such a monstrous madman. In 1944, at the age of eight, young Hannibal moved along with his parents and sister Mischa into the Lecter Castle in Lithuania. When the Nazis are finally driven out of the Baltics by Soviet forces, they explode a Soviet tank that had stopped by Lecter Castle in search of water, killing everyone except Hannibal and his young sister—who meets an even more ignoble death at the hands of the Nazis. Tormented by traumatic memories of war, young Hannibal relocates to Paris, where he lives with a tall, beautiful Japanese woman and begins plotting his revenge.

In 1936, shortly after Hitler assumed power in Germany and shortly before World War II is launched by the simultaneous invasion of Poland by Germans to the West and Russians to the East, an impoverished German family who live in rural West Virginia is approached by agents of the Third Reich. They request that the Wollner family take in a visiting German scholar into their home. The family is unaware that the scholar is actually an occultist who seeks to perform black magic using a Nordic relic stone that is hidden on the Wollner family farm. Once the magic is unleashed, the family is plunged into an all-or-nothing game of survival.

In 1944, on the eve of the “D Day” invasion of Europe that would turn the tide of war in the Allies’ favor, two commandos from New Zealand are sent to the Channel Islands to destroy German gun placements. On one island, they find a satanic book that explains how to create an attractive woman out of demons. One of them tries the spell, which creates just such an attractive woman, but they weren’t aware that her mission is to kill and eat them. A German soldier offers to defect and help the two Kiwi soldiers reverse the curse and send the lady demon back to hell.

As World War II grinds to a halt and the Nazis are routed, several members of the Third Reich’s military and scientific elite flee for safety all over the world. But one group reconvenes in Romania and attempts to tap into what Nazi occultists referred to as “Vril” energy—the energy that propels all life. The scientists have also learned how to channel Vril energy into the bodies of the dead to create murderous soldiers that cannot be killed. Members of the British Secret Service dispatch mercenaries deep into Romania to uncover the secrets of this sinister society before it is too late and Hitler achieves world domination.

The Allied code name for the Battle of Normandy, which launched D-Day and the eventual overthrow of Nazi-occupied Europe, was “Operation Overlord.” On the eve of D-Day, a small group of American commandos is sent behind enemy lines to find a small castle in a tiny French village and demolish a radio tower that the Nazis are using to communicate remotely with their forces. But one of the soldiers accidentally winds up inside the radio tower and discovers to his horror that the castle is being used by the Nazis to conduct all kinds of grisly experiments upon live humans, who are being injected with a serum that turns them until superhuman fighting machines. The soldiers must destroy everyone and everything within the radio tower by dawn, or Hitler’s victory is assured.

Captain Maude Garrett (Chloe Grace Moretz) is a female pilot carrying Top Secret documents who talks her way onto a B-17 Flying Fortress airplane despite the initial reluctance of the all-male crew. As suspicions about her identity and motives grow, she is the only one who realizes that a small demonic creature is hiding on the plane. While she’s fighting with the creature, the plane also gets attacked by a Japanese plane, and Maude is the only one with enough bravery to shoot down the hostile aircraft. Slowly, the crew begins to realize that this little woman about whom they were initially so skeptical might be their only hope for survival.

January Nelson is a writer, editor, and dreamer. She writes about astrology, games, love, relationships, and entertainment. Her favorite horror movies tend to be more on the artsy side. 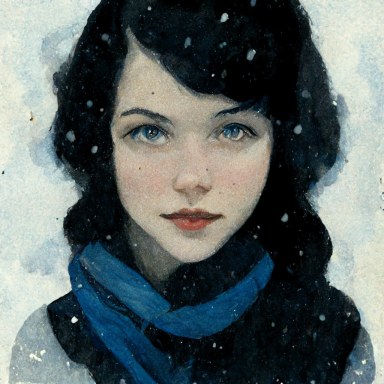