Steampunk is a film subgenre that blends the aesthetics of the Victorian era with gadgets based in the Industrial Revolution, with technology that’s ahead of its time.

Common threads of steampunk stories are class divisions between the haves and the have-nots, as the working class resents an upper class which ignores their plight. Steampunk films also feature characters with a forward-facing glimpse to the future who abandon their sense of morals in pursuit of increasing their grasp of technology. Their agenda is more important than whoever might come across their path. Filmmakers raise the question of whether the chase for greater technology is worth the loss of a simpler way of life.

Another easily identifiable trait of traditional steampunk stories is the style of dress. Characters normally wear top hats, trench coats, bonnets, corsets, and petticoats typically found during the Victorian era (1837-1901). Pocket watches with their constantly whirling gears are a typical hint of the steampunk period.

Transportation varies, although steam-powered airships and blimps are the most commonly used. The steampunk offshoot, dieselpunk, keeps the futuristic slant, but advancing to gasoline as the main source of power. Sometimes, films that feature some methods of electricity are still able to fit into the steampunk category.

Here are some of the most notable steampunk films.

A steampunk cinematic founding father with the use of Captain Nemo’s Nautilus submarine, this adaptation of the Jules Verne novel finds a professor and his daughter joining Nemo for a fantastic voyage on his technologically advanced submarine. That’s more than enough to earn it distinction on this list. An additional note: This was the first film with scenes shot underwater. Jeff VanderMeer’s The Steampunk Bible explains how Verne was an early proponent and architect of steampunk with his novels.

Metropolis features a skyscraper with a futuristic slant as well as rail cars, a massive factory with billowing steam, and automated robots that adapt the likeness of humans. The classic steampunk film looks at the well-to-do citizens living in the utopian skyline, blissfully unaware their perfect society is powered by the hard labor of the poor workforce.

Submarines, flying propelled bicycles, paddle torpedoes, giant cranes, and even pirates highlight the steampunk aspects of this adaptation of Jules Verne’s novel Face Au Drapeau (Facing The Flag). Artigas (Miroslav Holub) threatens to unleash his doomsday device from his base located in a volcano.

The film is hailed as one of the grandfathers of the steampunk movement and as far ahead of its time in charting the path for the genre. Its original animation and effects might seem dated to modern eyes, but there’s an undeniable charm to the creativity on display for its era.

Considered a steampunk classic for both its visual influences and commentary on a reliance on technology, no steampunk list is complete without Castle In The Sky. The animation features a technology-powered castle flying through the skies. The village where one of the main characters lives features steam-powered mining equipment, which helps provide materials for the massive flying airships. Retro-futuristic robots and smaller airships are also spotlighted, as the characters are in search of a castle powered by a magical crystal.

Castle In The Sky raises several philosophical questions on the consequences of relying on technology vs. the creative ingenuity of the farmers, who avoid simplifying their lives by leaning too much on shortcuts such as robots.

Made by Walt Disney Pictures, The Rocketeer is an adventure film where a stunt pilot named Cliff Secord (Billy Campbell) discovers a top-secret jet-pack device. The jet-pack has a Victorian-era metal design, as does the helmet Cliff wears in the movie while flying on the jet-pack. The jet-pack is powered by fuel, and the film is often associated with the dieselpunk subgenre; however, the steampunk influence is apparent in the costume design.

With its alternative Victorian-era setting and a plethora of gadgets including clunky, gear-heavy eyepatches, clones, and massive, almost unwieldy, laboratory devices, the film embodies steampunk. The Steampunk Forge stated, “If you have never been exposed to Steampunk before and want a movie that will give a solid sampling of the genre, this is the one to watch.”

Krank struggles to dream and hopes that by kidnapping children he can harness their dreams instead of their nightmares. When a character named One’s (Ron Pearlman) sister is kidnapped, the circus strongman will stop at nothing to save her.

Wild Wild West fully embraces a steampunk motif with inspired creations such as sleeve holsters, magnetic locks, swing trapdoors, cybernetic attachments, and the obligatory giant robot. Will Smith and Kevin Kline play a pair of mismatched agents attempting to stop a disgruntled Confederate soldier from assassinating the president in the post-Civil War era. Smith and Kline even put on aviator goggles and take to the sky in a steam-powered flying bicycle dubbed a “nitro cycle.”

Although not warmly received despite massive promotion touting it as 1999’s major blockbuster, the film has a solid fanbase of steampunk fans for its creative use of gadgets and inventions.

From its classic Victorian-era costumes including prominent top hats, trench coats, and gowns, to a gas-powered repeating crossbow, Van Helsing happily soaks up the steampunk aesthetic with motorized spinning saw blades and a spring-loaded crossbow.

Hugh Jackman plays the title character who has been called to a village to take down Dracula, Wolf Man, and Frankenstein.

Sky Captain And The World Of Tomorrow (2004)

Guy Ritchie’s film is set in the Victorian era, so the clothing features an abundance of top hats, corsets, petticoats, and trench coats. It doesn’t take much detective work to notice the steampunk influences such as steamships, the construction of the Tower of London, and an emphasis on Holmes’s gear-heavy pocket watch.

9 has easily identifiable steampunk elements from the character designs incorporating gadgets such as goggles for eyes to massive antagonistic characters and a reliance on non-energy sources. In a postapocalyptic future, a rag doll awakens to a world without humans. 9 features tremendously detailed animation, allowing for an intimate look at the clothing and technology.

The Victorian influences are obvious with the dress style and the absence of electricity. The semaphore towers, referred to as The Clacks, are operated by cranks, levers, and wheels. The film also features automaton-style golems.

This TV film adaptation of Terry Pratchett’s 33rd Discworld novel features a con man forced to become the Postmaster General in the Ankh-Morpork Post Office, which he eventually turns into a thriving enterprise.

Part steampunk, part dieselpunk, and a little of everything else. elements include zombie Nazi soldiers with steam-powered gas masks and some of the character costumes, although the mechanical samurai warriors offer more dieselpunk elements. Director Zack Snyder dabbles in the genres for this fantasy film, as protagonist Baby Doll retreats into a world where she and her fellow mental- asylum patients fight back against their captors.

The 1931 setting, mechanical man, and Hugo’s train station base of operations surrounded by gears and steam make Hugo one of the clearest modern examples of a steampunk film. A young orphan (Asa Butterfield) living in a train station who learned to fix gadgets from his father now seeks to unlock a final secret hidden in an automaton.

More of a steampunk horror film than one that puts an emphasis on the fancy tech. Abraham Lincoln (Benjamin Walker) is rarely without his checkmark-worthy top hat. One of the major action sequences plays out on a train, with the steam used to dramatic effect as Lincoln fights off the vampires.

This comic-book-based film imagines Lincoln traveling an alternate path to become the 16th president as he battles Confederate slaveholders in the South with his trusty axe. Kevin Steele said that the film “is in the spirit of steampunk and belongs in the conversation despite lacking steampunk-style technology (airships and automaton).”

Another steampunk horror with slightly more action elements. Hansel and Gretel wear clearly steampunk-influenced attire with trench coats and corsets along with gas-powered crossbows and gunpowder for shotguns.

In the vein of Van Helsing, Jeremy Renner and Gemma Arterton play the famous siblings who use their advanced technology to hunt down witches.

Gotham By Gaslight proudly showcases the steampunk influences from Batman’s long trench coat and high collar, gaslit streets, a gas-powered grappling device, and a signature battle taking place on a blimp. In this Elseworlds animated tale, the Victorian-era Batman tries to defend Gotham City as Jack the Ripper is on the loose killing those he deems guilty. Gotham By Gaslight is one of the more popular Elseworlds tales for dramatically altering Batman’s technology. The film proves how easily Batman could fit in the steampunk era with only a few adjustments.

Set in 2045, director Stephen Spielberg’s Ready Player One includes automatons as well as numerous Easter eggs referencing steampunk stories and movies such as War of the Worlds robot ships and characters from Treasure Planet. To get away from their bleak existence, millions plug into the Oasis, a virtual-reality world.

Jeffrey is a journalist and podcast host specializing in pop culture news and movie reviews. 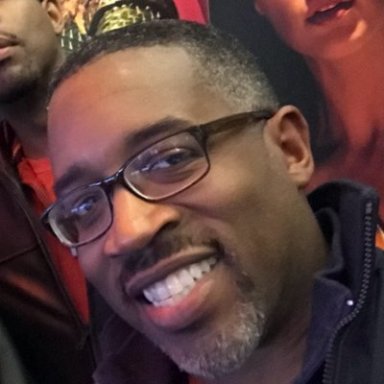