Like almost everyone else in the world, Hocus Pocus (1993) was one of my favorite movies as a kid. I would curl up on the couch with my parents every Halloween to watch a movie technically too old for my age group.

Through this movie I learned what virginity and yabos were, but there were lots of things I, apparently, did not pick up on. Through a recent re-watching of Hocus Pocus (while procrastinating on a grad school paper) and a little research on the film, I discovered that the movie is filled with goofs, weird facts and interesting in-jokes that don’t technically make any sense.

This is what happens when you try to apply logic to early 90s Disney movies, and in a weird way, I think it makes me like this witch film more.

1. The Sanderson sisters often refer to cooking with margarine. They died (for the first time) in 1693. Margarine wasn’t invented until the 1800s, with the discovery of margaric acid in 1813, and wouldn’t be available as a butter substitute until 1869.

3. The movie takes place on Halloween in 1993. Halloween that year was on a Sunday and there was no full moon. There hadn’t been a full moon on Halloween since 1974, and the next Halloween full moon appeared in 2020.

4. The executioner who was responsible for hanging the Sanderson sisters is wearing a leather outfit with metal spikes, a get up a tad too modern for late 17th century Salem. (Perhaps he was looking for the bear bar and got lost in time?)

Question: Recognize Binx the cat? The animatronic cat became even more famous as a cast member of this teen TV show from the 90s:

7. The cat’s name is Thackery Binx, not Zachary Binx. (Which is what almost every kid I knew thought it was.) This is a common misspelling of the surname of William Makepeace Thackeray, an 18th century novelist.

8. The actor who plays Thackery Binx, Sean Murray, is not the same person who voiced the character. Jason Marsden was the voice of Thackery and went onto become a prolific voice over actor. (He is also not James’ brother.) Sean Murray was later McGee in NCIS but made his big-screen debut earlier in the year in This Boy’s Life. This film starred Leonardo DiCaprio. Six degrees!

9. When Mary Sanderson flies away on a vacuum cleaner, the joke is that she couldn’t find a broom, so she found the next best thing. Her sister, Sarah, flies away on a mop, which makes sense because mops have been around since at least the 15th century. However, the first manual vacuum cleaner wasn’t invented until the 1860s, so Mary wouldn’t know what a vacuum cleaner is, in order to associate it with a broom and a mop.

10. The movie claims that the Sanderson sisters were hanged in Salem on October 31, 1963, despite the fact that the Salem Witch Trials ended in 1692.

11. Salem, Massachusetts did not have its own bus line in 1993 and would have been using the Massachusetts Bay Transit Authority bus system.

12. When Winifred resurrects Billy Butcherson (aka. Billy the Butcher), Zombie Billy still has skin. If he’s been dead for 300 years, that skin would have long decayed, leaving him nothing but a skeleton.

13. Late in the film, Winifred quotes Max (and the movie title) when she exclaims, “It’s all just a bunch of Hocus Pocus!” Max said this while lighting the black flame candle. Winifred was still dead at this time, and as she didn’t know who lit the candle, it is unlikely she could have heard him.

14. Throughout the movie, you can spot the wires on Mary Sanderson’s broom.

15. Before Winifred Sanderson sings, “I Put a Spell on You,” she tells the audience, “Hello, my name’s Winifred. What’s yours?” This is a reference to a famous line from Gypsy, which Midler starred in the TV version of. If a witch doesn’t know what a television or modern musical theatre is, it’s unlikely she’s aware of Gypsy.

16. Sarah Sanderson’s hair constantly switches from curly to straight throughout the film. Dorothy’s hair famously changes lengths throughout The Wizard of Oz. As the film features a number of allusions to Oz (and directly features the “witch theme music” at one point), this could be another of the movie’s many in-jokes.

17. During a chase scene in the cemetery, cat Thackery is able to jump through a locked gate, despite the fact that the bars were too close together for him to realistically jump through. Although this would leave us to believe he is a ghost, Dani is seen holding Thackery throughout the film. Which is it?

Question: Which cast member discovered her 10th great-grandmother, Esther Elwell, was actually accused of witchcraft in Salem in the 1600s?

18. When Sanderson sings, “I Put a Spell on You” to the audience, Winifred seems undaunted by the use of a microphone and the re-appropriation of Screamin’ Jay Hawkins’ lyrics. This song was released in 1956. Although Sanderson could have memorized the lyrics as the band before her played the song, this would not explain how her sisters were also able to memorize their back up vocals, with lyrics that weren’t in the original song.

19. In the scene where the Sanderson sisters meet “Satan,” Satan and his wife are played by well-known directors Penny and Garry Marshall. This is creepy—because the Marshalls are brother and sister.

20. While chasing Max down on her flying broom, Winifred Sanderson asks to see his “drivers’ permit.” Before this point, we see that she doesn’t know what a blacktop road, a car and a bus are, and thus, she wouldn’t know what a driver’s permit is. Also, she would not have known the police procedure for pulling over a driver.

22. Although the movie features a wild amount of anachronisms, one thing the movie does get right is that the Sanderson sisters would not know what blacktop was, as paved roads didn’t become a thing until the early 1800s. Macadam roads, which used stones and pebbles to simulate pavement, weren’t introduced until the 18th century. Accuracy hi-five!

23. Most Halloween films are released in the Fall, during September or October, but Hocus Pocus was released in July. Because of the release date (and tepid reviews), it was not commercially successful at the time. This was likely to avoid competition with other Halloween-friendly fare like The Nightmare Before Christmas and Addams Family Values. Neither of these films were hits either, but all went on to become cult classics.

Question: Which cast member was afraid to take her role for fear that she would offend real life witches?

24. Of all of her films, Bette Midler claims that Hocus Pocus is still her favorite. It’s listed as her main credit on IMDB. Hocus Pocus is also the headliner for the IMDB of its director, Kenny Ortega, the man behind Newsies and High School Musical.

25. The Sanderson sisters’ brooms are taken by three girls, who got more than they bargained for when they accidentally fly away on them. Those little girls were dressed up as the sisters for Halloween, thus giving the film instant sequel potential. Get on it, Hollywood.

Speaking of, almost two full decades after the original premiered, a Hocus Pocus sequel is officially confirmed and in production! Hocus Pocus 2 is planned to come out in fall 2022. Bette Midler’s Instagram is a great place to check for updates. (Also, the original Hocus Pocus is now available in 4k and it’s rich with bonus features.)

Nico is an award-winning LGBTQ reporter and freelance writer. 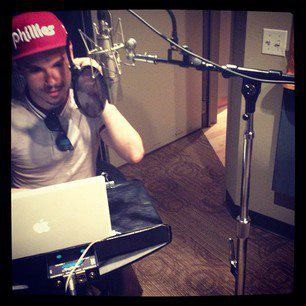