Eye of newt, and toe of frog, wool of bat, and tongue of dog…

From concoctions over cauldrons and incantations over a “Book of Shadows,” witches have terrified and tantalized viewers for centuries.

The on-screen craze arguably began with 1939’s The Wizard Of Oz, which pitted the Wicked Witch of the West against Glinda the Good Witch of the North and an innocent Dorothy. And with green skin, a mole-adorned chin, and a blood-curdling high-pitched voice, Margaret Hamilton’s Wicked Witch became the foundation for many future interpretations. Since then, Hollywood’s fascination with witches (though remaining everpresent), has transformed to include the campy kind, the seductive sorceress, the adolescent straddling her mortal and Wiccan lives, and so on.

This is a list of the most memorable witches from the small and silver screen. Though not all-encompassing of every spellcaster, this roundup highlights those who nestled their way into entertainment culture before hanging up their brooms.

1. The Wicked Witch of the West

There is no contemporary witch lore without The Wicked Witch of the West. Hamilton’s portrayal is arguably the most famous incarnation of an on-screen witch, for where would all the women who wear black hats on Halloween be without Hamilton’s character?

The Wicked Witch’s status as an outsider went on to influence classics like The Crucible, as well as beloved flops like Practical Magic. Not to mention, water as kryptonite and broomstick travel have even been parodied in modern interpretations. Think Sabrina the Teenage Witch and Hocus Pocus. Vacuum anyone? In short, The Wizard of Oz laid the groundwork for a body of content that would spotlight witches for decades to come.

Who can resist a buck-toothed Bette Midler trancing an entire town with a funky version of “I Put a Spell on You?” Winifred Sanderson stole our hearts, as she sucked the youth from children and ordered around her two servile sisters—the flighty and flirtatious Sarah (Sarah Jessica Parker) and the dimwitted and trepidatious Mary (Kathy Najimy).

The campy film was panned by critics and bombed at the box office when it premiered in 1993. However, ABC Family gave the film new life via multiple time slots every Halloween season, and it has since become a cult classic. Midler’s intentionally histrionic performance—operating more as caricature than character—is what makes Winifred so intoxicating. She yearns for eternal youth and beauty and threatens the lives of innocent children over such superficial desires, but she does it all with enviable authority and loveable pizazz. Maybe meshing comedy with child murder was simply ahead of its time.

Anjelica Huston’s The Grand High Witch—garbed in ritzy jewelry and a tight black dress—is the epitome of refinement and class when she first appears on the screen in The Witches. This is obviously all a tactic—a way to gain favors and dodge suspicion as she and her other cronies begin their plan to turn all the world’s children into mice. The ugliness of her true form matches the ugliness in her heart, and the true image she conceals remains the stuff of nightmares.

The Grand High Witch has a wrinkly and craterous face, a dastardly overbite consisting of molding teeth, an oversized nose, and a classically mole-adorned chin (harkening back to the Wicked Witch). She may not be green, but she will make anyone sick with fear. The “big reveal” alone earns the Grand High Witch a spot on this list, yet of course, Huston perfectly jumps from the glamorous to the grotesque, each line delivery more delectable than the last.

With a cigarette in one hand and a cocktail in the other, Fiona Goode is the supreme (literally and metaphorically, for she is the highest-ranking witch in AHS: Coven). She is the boss. She makes demands. She takes names and kills anyone who gets in her way. Hesitant to relinquish her status as the most powerful witch, Goode is reminiscent of the witches who came before her who also yearned to hold onto their youth and power.

Jessica Lange keeps viewers in the palm of her hand. She lingers just enough over suspenseful lines. She communicates volumes with a threatening gaze and each biting remark slips off her tongue with equal parts superiority and nonchalance. Her proclivity for anticipation is spellbinding, as she leaves just enough time for viewers to nit their brows before flicking her wrist and sending an enemy flying across the room.

Marie Laveau, The Voodoo Queen, can tangle with Fiona Goode in American Horror Story: Coven and live to tell the tale. She’s powerful and she owns her authority; she walks with a dignified stride, shoulders back yet relaxed, as if always in control. Laveau speaks slowly and with fervor while punishing those whose sins have been unjustly swept under the rug.

From dolls to potions, Laveau is not one to be crossed. And she does it all with impeccable fashion and one hand resting on her hip. With Marie Laveau, all spells include a splash of swagger.

Elvira: Mistress of the Dark stars Cassandra Peterson in her career-cementing persona: a horror movie hostess and scantily clad witch. In Mistress of the Dark, Elvira shakes the status quo of a puritanical town when she arrives to claim her inheritance. Though this movie isn’t necessarily groundbreaking cinema, Elvira pushes all boundaries when it comes to the bawdry and tawdry, taking a stance for sex positivity in the late ‘80s.

She’s got a quick tongue and she’s not afraid of a little sex talk. Elvira is able to laugh at herself and all those around her, making this film a lighthearted romp and a memorable foray into the campy horror realm.

Sabrina may be the most benevolent of the witches on this list. Unfortunately, do-gooders seldom make history. Sabrina: The Teenage Witch ran for seven seasons and followed a teenage girl as she got into (usually harmless) magical troubles.

Vying for her witch’s license while managing her social life, Sabrina recruits her witchy aunts whenever she gets in over her head. With the point of a finger, anything is at her command. Whether turning enemies into goats or summoning a giant beanstalk into the middle of her house, Sabrina finds her way into viewers’ hearts via a relatable coming-of-age story, a humorous disposition, and a penchant for making a mess.

In Bewitched, Samantha marries a mortal and vows never to use her magic, instead, agreeing to be a humanesque housewife. Yet, her mother, Endora, has different plans. Shenanigans ensue in each episode, as the twitch of a nose alters reality and leads to humorous results.

Though she tries not to use magic, Samantha must often resort to witchcraft when solving family crises. Spirited and compassionate, she would never intend to do any harm. It’s been suggested that Sabrina: The Teenage Witch, who first appeared in comic books in 1962, inspired Samantha’s character, who first hit the small screen in 1964.

Sally and Gillian Owens, portrayed by Sandra Bullock and Nicole Kidman respectively, star as polar opposites in Practical Magic. Sally follows the rules. Gillian breaks them. Sally is the picture of poise and politeness. Gillian is a straight shooter with no time for pleasantries.

Though born into a magical family, the sisters have mostly avoided magic for years. Yet, they grab their herbs and cauldrons when Gillian’s boyfriend dies unexpectedly. They resurrect the man but inject him with an evil spirit in the process. While on this resurrection journey, they put themselves in danger and raise a local policeman’s suspicions.

Though the film is a bit all over the place, it remains a cult classic among occult film enthusiasts, as well as diehard Bullock and Kidman fans. Their sisterly chemistry works to compensate for the film’s lacking narrative and jarring tonal shifts.

Meryl Streep’s The Witch in Into the Woods—Stephen Sondheim’s award-winning musical combining many classic fairytales—is the only cinematic interpretation of this character. However, the belting badass has seen many stage interpretations, firmly cementing this character among the most notable witches of all time.

Bernadette Peters, Donna Murphy, Heather Headley, and others have all taken to the stage to serenade audiences with “Stay With Me” and “Last Midnight.” And who could forget the “Witch’s Rap,” in which she explains the curse she has laid upon the baker and his wife?

This witch is “not good…not nice…just right,” as she reminds those who come begging for her mercy. Transforming from a hunched-over and cane-needing elder to a divinely garbed goddess (and back again), the Witch in Into the Woods gives viewers the best of both worlds in one character: the cantankerous and cackling menace and the stunning and superior sorceress.

Though Nancy Downs is one of four main characters in The Craft, she is undeniably the most memorable. She forms a coven with three other girls and gains magical abilities that she uses to alter her troubled life. Unfortunately, she yearns for more power and invokes an evil spirit that turns her into the film’s primary antagonist.

Unstable, self-absorbed, and willing to go to any lengths to accomplish her goals, Nancy’s questionable sense of morality keeps viewers in consistent anticipation. She possesses kindness and sympathy, but her power-hungry journey slowly eats away at her empathy, leaving behind a cold and sadistic witch. However, Nancy’s father abandoned her, her mother remarried an abusive and drunken slob, and she grew up in financial hardship; thus, how she uses her magic can be deemed a justified—yet no less villainous—response to trauma.

One can freeze time and blow things up. Another can see the future and kick ass in hand-to-hand combat. Another can send people or objects flying across the room. And a fourth, who came later, can teleport and heal the injured. These are the Charmed Ones: Sisters responsible for maintaining the balance between good and evil. They must fight to ensure the demons of the underworld do not take over mortal society.

In one moment, they’re managing the family nightclub and jumping between dates with local cuties. Yet, mere hours later, they’re chanting spells, throwing potions, and running to save the day … all in high heels. They are powerful. They are fearless. They are family. And they will not sacrifice their personal lives no matter how many demons try to kill them.

Ursula: The Sea Witch Queen of Atlantica boasts a title almost as grandiose as she is. She sashays around her lair with tentacles flowing through the water, granting wishes to all the merfolk who yearn for something more. Yet, for those who can’t pay the price, she must “rake ’em ‘cross the coals.” She is not unfair, but she is not merciful. Ursula is a master manipulator and one of the most famous Disney villains ever created.

She is a bold and brass bargainer who usually emerges on top. “Sign the scroll,” she utters in a deep and raspy voice, and in an instant, her subjects are in the palm of her hand, or, more appropriately, trapped in the suckers of her tentacles.

Other Witches Worthy of Worship 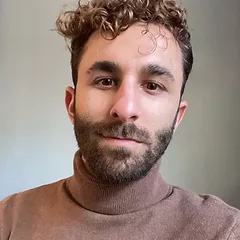