Farm horror movies often have crossover with folk horror, road trip movies and isolation movies. These movies often are about city or suburban people finding themselves dangerously isolated on farmland. Help is not right around the corner.

Rural and farm horror cinema is also beloved because it often has beautiful cinematography and set design. The original slaughterhouse grit of grindhouse classics like The Texas Chain Saw Massacre (1974) to the idyllic cottagecore of Midsommar (2019) are two prime examples.

Here’s a look at a few of the best movies in this sub-genre from the 1960s to today.

In Cold Blood, based on the non-fiction novel of the same name by Truman Capote, takes place in rural Kansas. Two vagrants break into a country farmhouse with deadly consequences. They kill a whole family of four. Capote’s novel and the movie are based on the true crime story of the Clutter family. The film also takes place in the actual house in Holcomb, Kansas the family was murdered in. This gives the film a vivid sense of documentary realism.

Most horror fans know that George A. Romero popularized the concept of zombies as undead flesh eaters with Night of the Living Dead, but Romero’s choice of a farmhouse as the location for where a group of strangers meet also firmly established a plot device that reoccurs in countless zombie movies. The secluded location means that help may not be coming, but a farmhouse will provide a relatively sustainable means of survival away from crowded (and more dangerous) urban areas. Will the characters decide to stay and hope for the best as they wait it out, or will they leave and risk getting into even more trouble?

Though The Wicker Man is is primarily a folk-horror mystery about the the nature of faith and a clash of religious beliefs, farming, of a sort, provides the motivation for the entire plot. A police sergeant, Neil Howie (Edward Woodward), travels to the isolated island of Summerisle to investigate the disappearance of a young woman. During the course of his investigation, Howie uncovers what he believes to be a pagan plot involving a human sacrifice as a way to ensure a bountiful harvest and the continued prosperity of the secluded community. With Christopher Lee as the community’s leader Lord Summerisle, Wicker Man is an unsettling film whose enduring influence can be seen in movies as diverse as Midsommar (2019) and Hot Fuzz (2007).

Farmer Vincent (Rory Calhoun) is known locally for his delicious smoked meats. Vincent runs the Motel Hello with his sister Ida (Nancy Parsons), and they welcomes visitors to their humble, small-town establishment with delicious, home-grown food. Vincent and Ida don’t raise cattle though, they have a farm. A farm where they plant unfortunate visitors in the ground, snip their vocal cords so they can’t make noise, and feed them until they are plump enough to harvest. Their garden is a secret to everyone, and it is a secret Vincent is prepared to keep with chain-saw violence if necessary.

Based on a Stephen King short story, Children of the Corn is about a young road-tripping yuppie couple lost in the wrong farming town. Gatlin, Nebraska is a speck on the map run with an iron sickle by Isaac (filmdom’s all-time, undisputed creepiest child-cult leader), the prophet of an evil harvest entity called “He Who Walks Behind the Rows.”

The film’s brutal opening sequence, which depicts the massacre of every adult in the town, sets the tone for a horror movie that will leave you thankful for all the adult supervision you ever had in your life. Children of the Corn features a quintessentially 1980’s musical score, complete with synthesizers and weird religious chanting. It is a true barnyard horror tale, in which the vast expanse of the cornfields is as terrifying as the cultists themselves.

Wil Wheaton stars in The Curse as a young man living with his mother, his sister, his jerky stepbrother, and his sternly pious stepfather on a farm in Tennessee. One night, something strange and glowing crashes onto the family’s land. Gradually, the plants, animals, and even the people become infected and begin mutating due to the thing from space infecting all the water on the farm. The Curse gets pretty wild by its finale, and though it is undoubtedly campy at times, it’s still a lot of fun for fans of 80s science fiction.

Cabins, country stores, dirt bikes, and spooky barns make Pumpkinhead one of the best farm horror movies of the 1980s. The plot also rotates around a vengeance tale of rural vs. urban citizens. A group of city people kill Edward “Ed” Harley’s son in an off-roading accident, and Ed will not let them go unpunished.

Signs is an alien movie taking place in rural Pennsylvania. The aliens communicate through strange crop circles that keep appearing on the land of the Hess family. Mel Gibson, Joaquin Phoenix, Rory Culkin, and Abigail Breslin give excellent performances as a family trying to keep it together during an extraterrestrial crisis in their isolated community.

In order to sustain his failing farm, Dan (John Lynch) allows scientists on his land to run experiments on cattle. The goal is to alter the animals in a way that will facilitate faster-growing cattle, but tampering with their genetics quickly leads to monsters and horror. Infections spread, and mutated calves wreak havoc on the farm in this fun monster flick from writer/director Billy O’Brien.

Like many farm horror films, All the Boys Love Mandy Lane relies on isolation to invoke fear and set the stage for a compelling slasher film. A vulnerable teenager, Mandy, goes out to a rural cattle ranch in Texas for a party. The group of teenagers that invited her are all friends of a classmate (and bully) who died in an accident nearly a year prior. Violence ensues, and so does a cameo from Texas country music icon Robert Earl Keen.

Though none of the characters in The Conjuring are actually farmers, the origins of the now-famous haunted house date back to a time when it did sit on farmland. The movie, an adaptation of one of the real-life cases investigated by Ed and Lorraine Warren (played by Patrick Wilson and Vera Farmiga), focuses on the Perron family as they are plagued by supernatural activity in the old house they recently moved into. Lorraine Warren deduces the haunting is being caused by the spirit of a witch, Bathsheba Sherman, who killed herself on the land in 1863 and is back to possess the matriarch of the Perron family (Lily Taylor) and continue her child-killing ways.

When a man in the 1630s is too pious even for Puritan society, he has no choice but to take his family with him and create an isolated homestead that borders on the unknown dangers of the forest. While there is certainly something dark and dangerous going on in the wilderness in The Witch, the family’s farm itself is an important factor in the movie’s plot. The crops are failing, so the family must repeatedly venture out into the woods for food, the very same woods that have already claimed their youngest child. The mother, Katherine (Kate Dickie), increasingly blames her eldest daughter Thomasin (Anya Taylor-Joy) for the family’s woes, including the loss of a silver cup that was secretly sold by Thomasin’s father due to the failing crops.

The monsters in A Quiet Place, sightless alien creatures who hunt humans by sound, are precisely why this sci-fi, sensory-deprivation horror movie takes place on a farm. Most obviously, a farm allows Lee and Evelyn Abbott (John Krasinski and Emily Blunt) to raise their family to be relatively self-sufficient in their post-apocalyptic world. Also, being isolated in the woods means fewer people are around them, and fewer people means fewer monsters (who are more likely to live near higher-traffic areas like towns and cities). Of course, being set on a deathly quiet farm also heightens the tension in this fantastic film when even a whisper can be the difference between life and death.

Midsommar is more of a countryside horror movie than a farm horror flick. It is set at a rural and isolated commune somewhere in Sweden. The implication is that the commune grows their own food and don’t rely on the outside world. Midsommar is also worth watching simply for the costume and set design. The commune has intricate farmhouses, barns, and church-like structures with mesmerizing designs. Meanwhile the villagers all have custom-made cloaks with beautiful embroidery.

With its incredibly inventive visuals, Color Out of Space is one of the most beautiful farm horror movies ever. This sci-fi cosmic horror combines the imagination of H.P. Lovecraft’s original story (“The Colour Out of Space, 1927) with the wild energy of Nicolas Cage. Cage plays Nathan Gardner, a father who moves his family to his own father’s farm to start a new life. A glowing meteorite on their farmland begins to change everything, causing plants to grow out of control and mutating every living thing into grotesquely gorgeous abominations filled with color.

In this Ti West film, which takes place in the 1970s, a young group pornographers with stars and dollar signs in their eyes head to rural Texas to make a movie. They dream of creating something as successful as Debbie Does Dallas, a popular porno in the 70s. For the location of their film, they rent a guesthouse on a farm owned by an elderly couple, Howard and Pearl. The group plan is to make The Farmer’s Daughter, a hardcore movie about, well, you can probably guess. What they end up doing is attracting some very unwanted attention from Pearl (Mia Goth) who wants to be loved and adored, no matter how many people she has to kill to feel their adulation.

Steven is a writer and horror fanatic with a B.A. in English Literature. 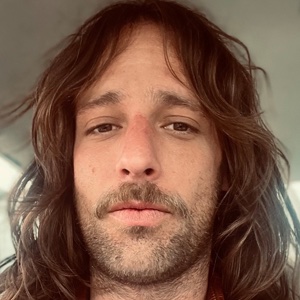